“Ethical behavior is doing the right thing when no one else is watching- even when doing the wrong thing is legal.”

After a tumultuous past few decades around fisheries issues in North Carolina, these wise words from the great Aldo Leopold have never rang truer. Those who are familiar with CCA North Carolina have no doubt heard us speak out in our efforts to urge for more reasonable, conservative management strategies for our declining fish stocks that put the resource first.

There have been some promising developments such as removing gill nets behind ferry lines on Tar/Pam and Neuse rivers to protect striped bass stocks, the passage of the “Let ‘em Spawn” bill through the NC House, and, while unfortunate that it came to this, we saw the first true protective measures for a Southern Flounder stock on the verge of collapse through closures and harvest reductions.

However, we still have a long way to go to truly bring our fisheries back to the world class levels that they should be and we are still at the mercy of a system that is slow, partisan, and in our opinion, broken.

When dealing with a broken system like this, it is very easy for sportsmen and women all across our state to get discouraged amid the continued decline of our fisheries. Recreational fisherman from all over constantly ask us what they can do to help? We have always encouraged people to stay educated on the issues, attend and speak out at public comment meetings, and attend our events in order to support our advocacy efforts. But what else can we as shared owners of these fisheries do to actively make an impact on our fisheries? 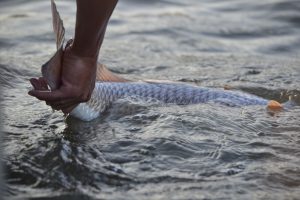 That brings us to a Summerville, SC company and its owner who is starting a movement that got our attention. David Fladd is the co-owner with partner, Ralph Phillips, of Eye Strike Fishing and makes some awesome jig heads that many are no doubt familiar with.

We first noticed David after hearing him on one of our favorite podcasts, Eastern Current with Captain Judson Brock, where he was talking about some ideas of his that sounded very familiar to some of the conservation topics that we often discuss. He spoke of frustration that he had in his home state from declining Trout stocks and continued overharvest.

Instead of complaining about problems without providing any solutions or personal action, like so many these days, David decided to start with himself. He educated himself and learn about the fishery that he wanted to improve:

Similar to North Carolina, South Carolina also has a minimum size limit of 14 inches but do not have an upper limit to create a slot.

However, the average female that reaches the 20 inch mark has a spawning potential of up to 1 million eggs

There is also the argument to be made that because the larger fish has survived more winters and cold events, its eggs are also more resilient and likely to survive winters themselves.

David took this information and made a decision that his own personal size limit was 20 inches and going forward he would release all trout over that size to do his part for the resource. He decided to Release Over 20.” 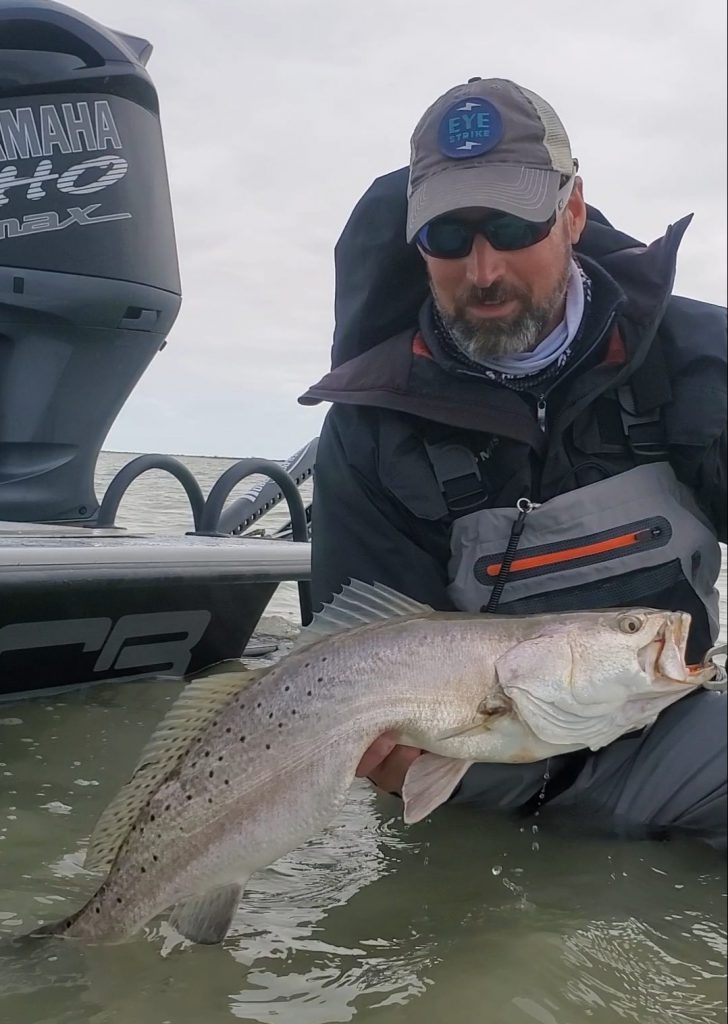 What began as a small impact of just one fisherman, began to grow among his friends and local community. He started by explaining to people why he wasn’t just crazy for letting go of large, and increasingly rare, trophy trout and eventually grew into larger conversations about conservation and how we should all look at our shared public trust resources. Before long, word spread, and strangers were reaching out to him online to tell him that they heard about Release Over 20 and had adopted the idea because of him.

After hearing David speak about his idea on the Eastern Current podcast about a year ago, we knew we had to get involved. So, we contacted him and after expressing how much we loved the campaign, we became partners to spread the Release Over 20 campaign in our own state where there is certainly no shortage of trout fanatics.

We are in a unique situation with our trout fishery in North Carolina. A major cold stun, 2 major hurricanes, removal of gill nets in some areas, and many other factors have resulted in one of the best trout fishing years in over a decade. This success has not only been highly enjoyable for fishermen everywhere, but it has also created indirect effects that have benefited guides, tackle shops, and many other parts of our local eastern economies. This economic impact driven by good fishing is something that we would all love to see return each and every year.

However, we have discussed this idea with guides and recreational fisherman from around the state over the past several months and what we found is that many already abide by their own personal version of Release Over. For them, we are happy for the opportunity to be able to put a name to that idea and help start conversations with others who may not share or haven’t been exposed to the conservationist mindset. While we only have a bag limit of 4 trout compared to 10 in South Carolina, we understand that leaves us with less room to work with. However, we have had no problem filling our limits with fish between 14-20 for a fresh dinner while understanding that the ones we put back are much more valuable in the water than in our coolers. 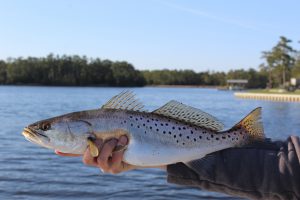 Release Over 20 is more than just releasing big fish. It is part of a larger idea that is bigger than any one person and extends to other fisheries than just trout. It is a summation of what it means to be a true conservationist. It is essentially a self-imposed bag limit which evokes the voice of Aldo Leopold mentioned above by doing something that we view as ethical, even though the alternative is legal. This campaign represents an ideal that we should all strive for. One where we put aside frustrations over what is and isn’t “fair” and start putting our resource first.

So, if you’ve made it this far, we ask that you take stock of the state of our fisheries and consider how you can be a part of the solution. We ask that you join us by making your own personal commitment to yourself, your fellow anglers, and most importantly, the resource. This is a true grassroots movement that starts with one and can grow to all NC fisherman who want to join the movement to make our fisheries the envy of all other states.

Join us and make your commitment to Release Over 20”! 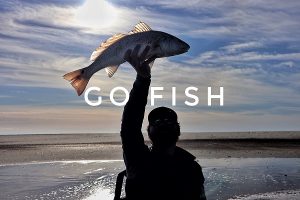 This campaign is part of a long list of initiatives that make up the core conservation efforts that David and Ralph have built Eye Strike Fishing around. They turned their dedication to the resource into a successful company that is making a difference in their home state and beyond. This dedication to conservation is the backbone of their company and draws “strike”-ing similarities to the foundations of CCA where a small group of concerned anglers turned their passion for the resource into a nationwide organization. To learn more about the ongoing advocacy and habitat efforts of Eye Strike and CCA North Carolina visit:

Stay tuned to our Tidelines newsletter and the Instagram accounts below for more information coming soon on how you can take your pledge and join the movement!