Posted at 14:02h in CCANC News Blog, General by CCANC-Rip

N.C. Division of Marine Fisheries Director Steve Murphey has issued proclamations that will closestriped bass season for commercial a 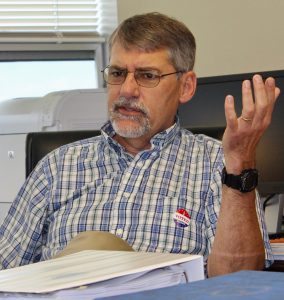 nd recreational fishermen March 11 in the Central Southern Management Area, according to a DMF news release.

The CSMA encompasses all internal waters from just south of Oregon Inlet to the South Carolina line. The waters impacted include the Pamlico and Core Sounds and the Tar, Pamlico, Pungo, Bay, Neuse and White Oak Rivers and their tributaries.

Murphey did not, however, require all large mesh gill nets be removed from the affected waters. Instead, he ordered a year-round 36-inch tie-down and 50-yard distance from shore requirement that will take effect for gill nets in the western Pamlico Sound, including the Tar-Pamlico and Neuse Rivers and their tributaries, the release stated. This is already required when the commercial striped bass season is closed.

Research has shown that striped bass in the Central Southern Management Area are not a self-sustaining population and that fishermen are mainly catching hatchery-raised fish, the news release continued. Data suggest there have been two recent naturally-spawned year classes so the no-possession management measure offers additional protection for those non-hatchery fish and for larger females that could increase natural spawning stock biomass.

CCA NC Executive Director David Sneed said, “We supported the no-possession limit on stripers only if the Division would complete their conservation efforts by implementing a gill net restriction in the central region rivers.” Leaving gill nets in the water will certainly lead to some fish mortality when the goal should be to save as many striped bass in these two unusually large years classes, he added.

“The fact that we have gotten to the point in our fisheries management where we have to totally close harvest on a fishery to insure its survival is a testament to the sad state of affairs,” Sneed said. “Further disheartening is the Division’s refusal to address the problems caused by the large mesh gill net fishery.”

This minor commercial fishery is jeopardizing the future of a $2 billion recreational fishing industry yet the Division continues to manipulate data to support keeping this destructive gear in the water, Sneed added.

CCA NC applauds the Marine Fisheries Commission for recognizing the need to take the gill nets out of the central region rivers to protect the striped bass populations from further degradation, he continued. “We hope the MFC will continue to work with the Division to make it happen. This issue is not over.”

The recreational season will remain open until April 30 in joint fishing waters managed cooperatively between the MFC and the N.C. Wildlife Resources Commission with the following size and bag limits:

* No possession of fish between 22 inches and 27 inches total length.

* The year-round recreational closed season in the Cape Fear River and its tributaries remains in place.

A no possession limit in coastal and joint fishing waters applies to all commercial operations and recreational commercial gear fishing, the release continued.

* The commercial striped bass season in these waters, currently closed, will not open.

*  The year-round commercial closed season in the Cape Fear River and its tributaries remains in place.

The closure does not impact striped bass fishing in the Atlantic Ocean, Albemarle Sound Management Area, Roanoke River Management Area and inland waters under the sole jurisdiction of the N.C. Wildlife Resource Commission.

The regulatory changes partially implement Supplement A to Amendment 1 to the N. C. Estuarine Striped Bass Fishery Management Plan that was adopted by the Marine Fisheries Commission in February. The approved supplement contained a no possession measure for striped bass in both coastal and joint waters of the CSMA to be implemented for both commercial and recreational fisheries.

The Division of Marine Fisheries has delayed implementation of the no-possession measure for the recreational fishery in joint waters because the N.C. Wildlife Resources Commission has not adopted equivalent management measures in these waters.

The new management measures are meant to be temporary restrictions to protect naturally-spawned year classes of striped bass until Amendment 2 to the N. C. Estuarine Striped Bass Fishery Management Plan is adopted, DMF said. Amendment 2 could continue the no-possession provision or recommend other management actions.

Maps delineating coastal and joint waters for these areas can be found on the NCDNR website. For more specifics on the striped bass management changes in the Central Southern Management Area, including GIS coordinates and maps, see proclamations FF-4-2019and M-5-2019.