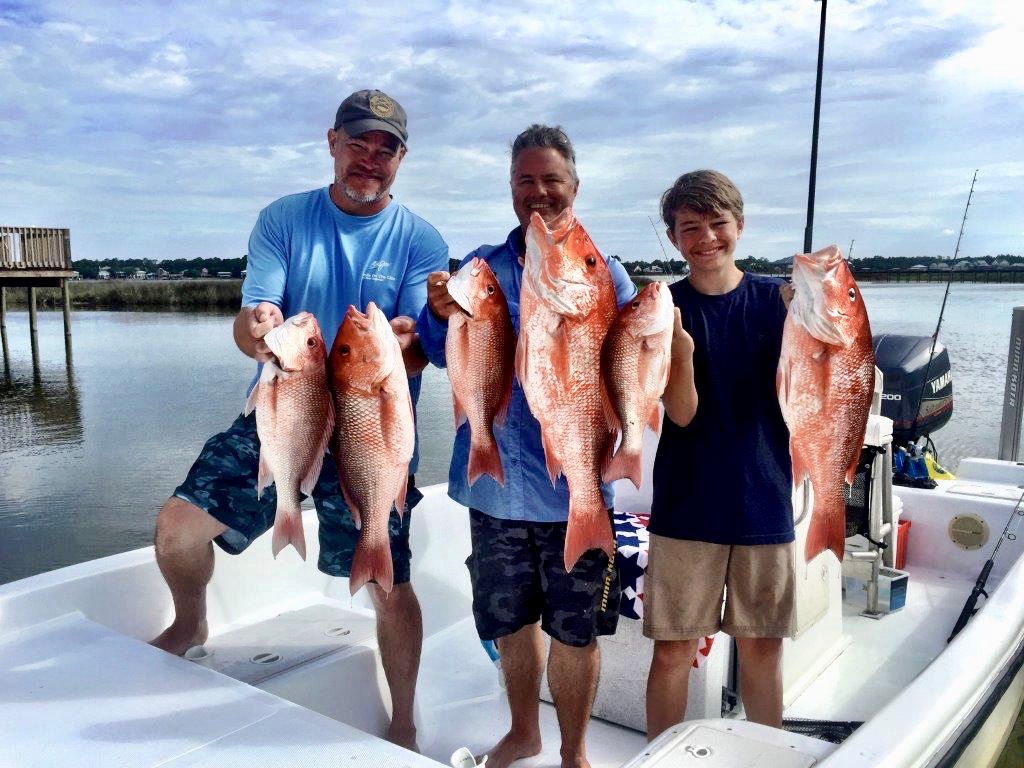 03 Mar Fishing for the facts about the Modern Fish Act

Mark Twain once said, “Never let the truth get in the way of a good story.” Some in the environmental community have taken that saying to heart in their efforts to discredit the Modernizing Recreational Fisheries Management Act (S. 1520 and H.R. 2023). Their story – passing a Magnuson-Steven’s Act (MSA) reauthorization bill with the provisions of the Modern Fish Act would gut federal fisheries management and lead to widespread overfishing.

The truth – either they have not read the bills at all, or more likely, they want to maintain status quo of an outdated commercial fisheries management law and continue to receive significant funding from large foundations who want to further privatize our fisheries through catch shares. My money is on the latter.

The fact is, anglers were the first and only stakeholders to step up to bear the burden of funding science-based management and on-the-ground habitat restoration to sustainably manage fisheries more than six decades ago – not the Environmental Defense Fund, the Ocean Conservancy, restaurant associations, commercial fishermen or any other organization. From 1951 to 2017, our license fees and the excise taxes we’ve paid on things like fishing tackle, rods, reels, marine electronics, trolling motors and motorboat fuels have resulted in more than $28 billion for fisheries management across the country, both for marine and freshwater fisheries.

Unfortunately, the significance of our contributions to all fisheries management, including federal, is misunderstood or dismissed by many Members of Congress and the environmental community. A good example of that misunderstanding can be found in my response to a “Questions for the Record” request from the Senate Commerce Subcommittee on Oceans, Atmospheres, Fisheries and Coast Guard following my testimony last September, where they stated the Trust Fund, “does not, however, have very much impact on fisheries conservation conducted under the Magnuson-Stevens Act.”

You can find the full list of questions and my responses here, but suffice it to say after consultation with several states in the Gulf of Mexico, I was able to provide plenty of examples where anglers fund federal fisheries management under MSA.
As anglers, we would never support a bill that would lead to widespread overfishing and fewer fish to catch. After all, we advocated for, and funded, the foundation of science-based, sustainable fisheries management. Yet that doesn’t make for a good story when your funding model depends on maintaining the status quo and a clear path to privatizing public trust resources.
Let’s look at some of the key provisions of the Modern Fish Act from both the fiction being told and the facts of the matter.

Alternative management measures for recreational fisheries
• FICTION – S. 1520 would, “Inappropriately exempt the recreational sector from the necessary management discipline imposed by annual catch limits and accountability measures.”
• FACT – This provision simply frees the Councils to consider more appropriate recreational fisheries management measures when hard-poundage annual catch limits (ACL’s) are not effective. It does not exempt the recreational fisheries from adhering to annual harvest constraints. In fact, in a report from the Gulf Council’s Science and Statistical Committee on the feasibility of these alternative management measures proposed in the Modern Fish Act – “They noted that extraction rates, fishing mortality targets and harvest control rules could easily be implemented as catch limits…”
•
Flexibility in rebuilding timelines
• FICTION – “Injects too much flexibility and ambiguity into the rebuilding timeline for overfished stocks.”
• FACT – Both H.R. 2023 and S. 1520 eliminate arbitrary rebuilding timelines and replaces with a biologically-based timeline relative to individual species. It’s interesting to see organizations that claim to support science-based decision making opposing an effort to ensure that rebuilding plans are based on science, not an arbitrary 10-year requirement that has no scientific basis.
•
Temporary Moratorium on Limited Access Privilege Programs (catch shares)
• FICTION – “Both the moratorium and the study are unnecessary and unwise”.
• FACT – Of course this would be considered “unwise”, coming from the primary environmental organization that has received millions from foundations like the Walker Foundation and the Walton Family Foundation to push catch shares on both commercial and recreational fisheries. What they are concerned about is that the study by the National Academy of Sciences required by this provision might find that catch share programs may not be such a good idea in mixed-use fisheries.
•
Process for allocation review
• FICTION – “Such reviews would divert significant resources from compelling management issues without significantly improving recreational fishermen satisfaction.”
• FACT – Reallocation of quota between sectors is a difficult, exceedingly contentious process, much of which is caused by the ambiguity of what metrics the Council should weigh in making those decisions. To make periodic reallocation reviews more efficient, this provision simply requires the National Academy of Science to provide some clear criteria to consider. In the case of red snapper in the Gulf of Mexico, the allocation between the commercial and recreational sectors was set more than 20-years ago, using data 10-years prior. Fisheries change over time, and with today’s technologies, families have an opportunity to catch their fish themselves, rather than just purchasing from someone who profits from the resource like a restaurant or seafood market.

It is sad that some environmental organizations have now enlisted the help of New Orleans chefs to tell their “story” as it relates to red snapper when it is clear they have no idea what the Modern Fish Act actually does, nor do they know anything about recreational fishing. In a recent E&E News article, one such restaurant owner/operator is quoted as saying, “It’d be nice to have $150,000 boats to get 30, 40 miles offshore, but most people can’t do that.”

Most people don’t have to. I’ve caught red snapper within five miles of Pensacola Beach, Florida in a 10-year old 20-foot, single-engine bay boat, and was surrounded by similar boats all landing snapper. Likewise, we easily catch red snapper out of small boats within eight miles of Orange Beach, Alabama and 10 miles of Grand Isle, Louisiana. This is not a rich man’s game (although the average $25/pound cost of red snapper at a seafood market might lead you to think otherwise), but a public trust resource available to tens of thousands of anglers from all walks of life.